How People with Disabilities are changing Esports

As our social climate is constantly rapidly changing, so is the media we are collectively consuming. A big advantage of this progress is a growing awareness for demographics that the industry so far has seemed to not address, or simply leave out. As the general population of gamers is growing, the more stories we have to tell, and more work we have to do.

In recent years, we have seen an increase of significant representation of people with diverse identities, however, it still feels as if the gaming industry has yet to accurately portray one of the most all-encompassing groups of people; people living with disabilities. With around 10% of the global population and 46 million gamers with disabilities in the US alone, there is a significant need for more inclusion in our community.

In this article we explore the possibilities that esports open up to people with disabilities, the criticism that comes along with it, and the effect it has on the community.

A long way to go

While there is still a rather obvious lack of visual representation of characters with disabilities in video games, there are a lot of people working relentlessly to successfully include everybody in the gaming community. Since there are many developmental benefits for people living with disabilities believed to derive from playing games, specifically competitive e-sports, many big-tech giants like Microsoft and Logitech have previously recognized potential in the market and have already developed things like accessibility-friendly controller-sets. 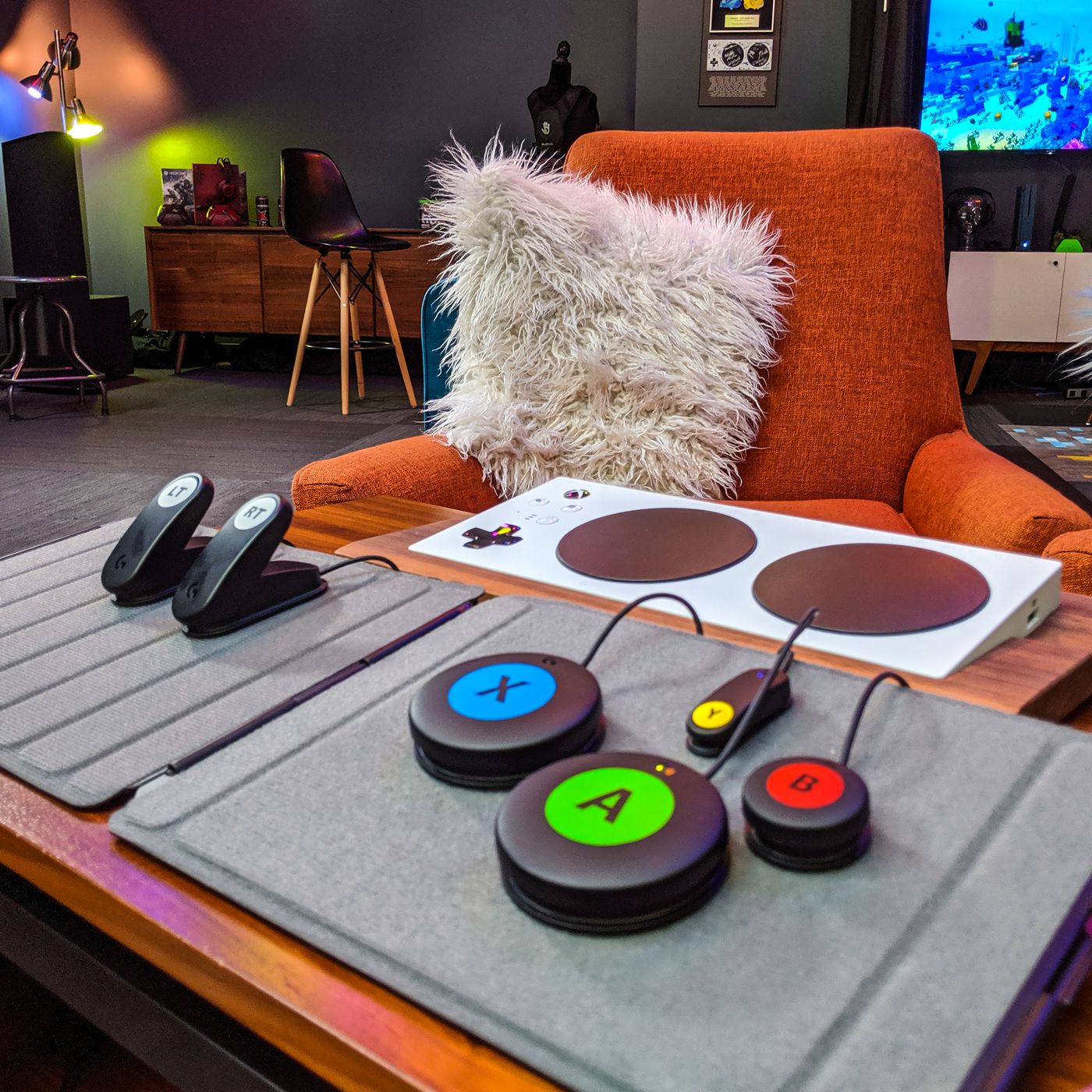 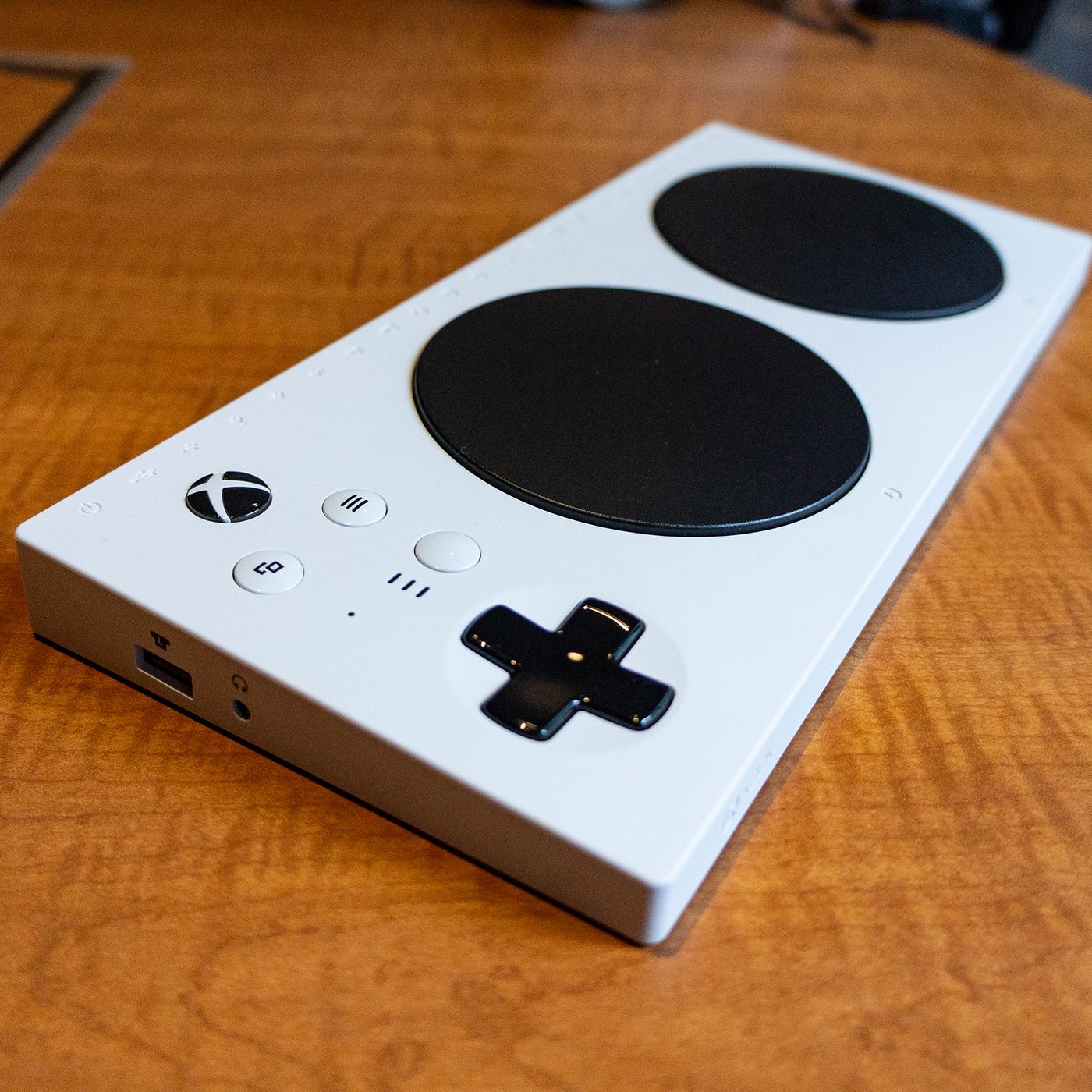 Sports and especially team sports, regardless of physical fitness, are crucial for the development of young people’s physical, but more importantly, social skills. Strengthening communication, teamwork, and tolerance are only some benefits to mention. The more unfortunate it feels that people with disabilities are oftentimes almost completely exempt from communal physical activities. But now, that’s where e-sports come into play. While it’s hard to ultimately compare both activities, e-sports pose a real chance for people living with disabilities. Forming bonds with teammates, working on strategies, and succeeding at competitions are all part of the educational esports experience, with many players even breaking into the pro-scene.

In the surge of trials and overwhelmingly positive feedback from the community, a variety of non-profit organizations, activists, and committees have focused their main attention on advocating for more events that are specifically targeted towards the inclusion of the community.

Before the pandemic hit the world at the end of 2019, the British Esports Association held a Rocket League tournament for alternative provision classes (Classes that provide education for children who cannot attend mainstream school systems), trying to provide a more inclusive experience in the so-often exclusive world of esports. With the pilot event having been a tremendous success, it is expected to pick up again once circumstances are more allowing. 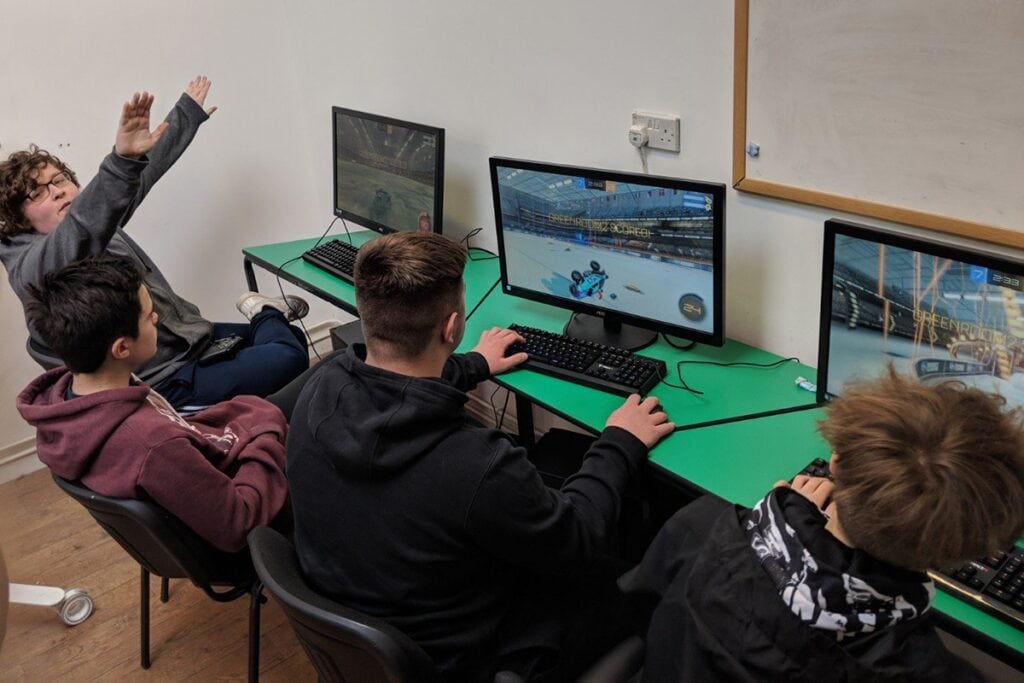 With many more events like the Gunma Esports Festival in Takasaki, Japan’s first Esports event for gamers with disabilities, Or Netmarble’s National e Festival Competitions for Students with Disabilities, it comes to no surprise that even the official Special Olympic Games this year had a subsection for esports.


While most advocacy from allies of the community seems to come from good intentions, it is also crucial not to forget to actually listen to the voices of the community, so we can provide people with the support that they feel comfortable with. The umbrella term of people living with disabilities is quite a broad one, and even two people managing the same struggles might have completely different life experiences and preferences of how they like to be treated. Some like to be helped, some depend on themselves. Some prefer playing in separate leagues, some do not. The important thing is to give people the choice to do so.

A tough line to balance

Tucker Griggs, 23 and among the top 5% of general Overwatch players, plays solely with his feet. In an interview with gamesindustry.biz , he further elaborated on the struggle of his identity as a gamer. “It's a tough line to balance, giving enough support to disabled esports without hindering the disabled in esports. […] There should be regulations put in place for esports to support the disabled community in both the regular esports league and any new disabled esports leagues. That way, when players make the jump, they can have the same equipment and support going into their new venture.” 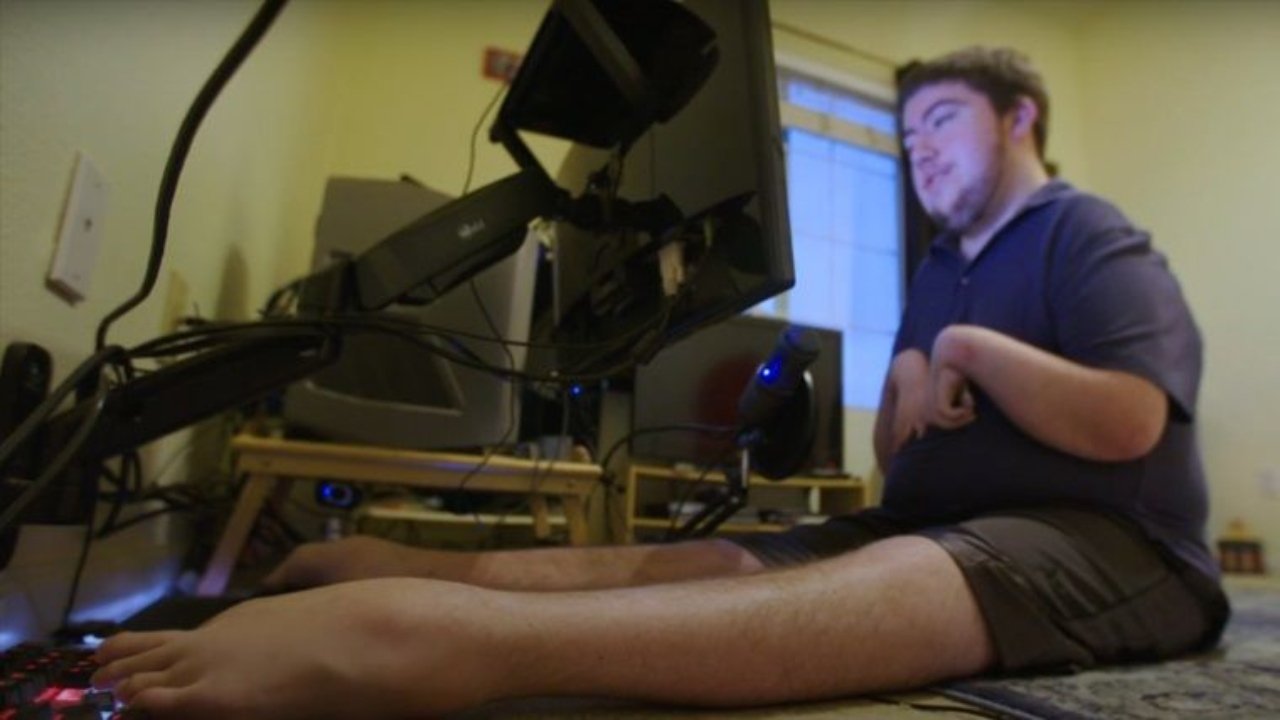 In the end, inclusion for gamers with disabilities should always come from a place of the community requesting support, not for reasons of virtue signaling, explains AbleGamers Charity COO Steven Spohn in an interview with esportsinsider.com. “People will go down this rabbit hole and it’s always [coming from] good intensions to include everybody. But sometimes it’s not something people are asking for. People can conflate equality and being special,” said Spohn. “There’s nothing wrong with people being different. We’re asking that people stop minding that we’re different”

With the term of disability being of such a wide variety, trying to establish blanket rules, standards and regulations seems nearly impossible, and limiting at best when it comes to measuring people’s success in competitions.

“You’re not going to make a competition fair between someone who can barely push the buttons on a standard controller or someone who needs a specialty controller versus someone who is an absolute monster at Fortnite,” said Spohn. “It’s not a fair fight.”


Capcom, in an attempt to more organically include the people living with disabilities, has officially stated that for their official Pro Street Fighter tournaments they “will not limit cosmetic or functional controller customizations providing fairness is maintained. Additionally, we recognize certain customizations may be required so that players with physical impairments can compete.” This is a great step not only towards the inclusion but normalization of gamers from all backgrounds.

Professional Street Fighter player Mike ”Brolylegs” Begum, for example, competes against people by pushing buttons with only his head. Begum’s style of playing does not require any additional special equipment, and Begum himself takes great pride in holding his own in competitions despite his physical handicap.

But Begum and Griggs are not the only examples as to why we should promote having both systems for people to compete in esports. On the other end of the spectrum, young FIFA player Daniel (last name unknown) says in an interview with the BBC that while he enjoys playing the main tournaments, he would prefer to have the opportunity to play against other players like him.

"Being able to play real opponents is really hard because I play the game in a different way to them. I would like to be able to play against people who use the same technology as me so that it is fairer." 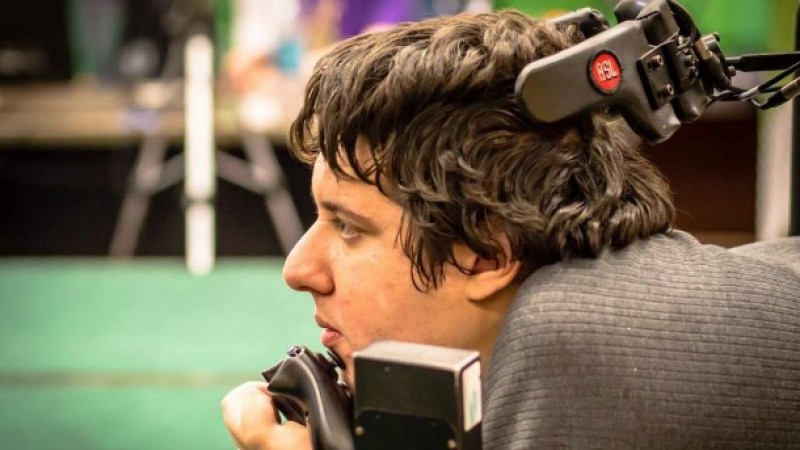 While we are on the topic of inclusion, we would like to highlight the winner of a contest we held in 2021, where we offered free localization services to the chosen studio which promotes diversity and inclusion of all kinds through their projects. We chose Flamehawk studios with their project “Dr. Gearbox”, as their impressive variety of playable characters show people living with different conditions and disabilities, such as people with prosthetics or Cochlear implants. See our page for more information about our contest and the winner, Flamehawk Studios to learn more about Dr. Gearbox!

In this unprecedented time of digital togetherness, it is uplifting to see that the industry is trying to level the playing field for gamers of all kinds. It is important to realize that we ultimately all benefit from inclusion and that esport is for everybody.

Tucker Griggs playing Overwatch with his feet Retrieved from https://no1geekfun.com/player-using-his-feet-in-overwatch/.

Daniel playing FIFA Retrieved from https://www.bbc.com/news/newsbeat-56577024.
All images are copyright to their respective owners.