Last week we started our two-part interview with Malek Teffaha, Head of Localization and Communication at Ubisoft Middle East. He gave us insights into his work at Ubisoft as well as the regulation board GCAM, the General Commission for Audiovisual Media in Saudi Arabia. Today he will focus on the topics of visual adaption, accent localization and perception of the brand Assassin’s Creed in the MENA region.


If you missed the first part of the interview, you can find it here.

Dear Malek, do you change the visuals of a game for localization purposes?

Malek Teffaha: We never really want to omit content, it’s our mantra, but when we have to, we try to offer the content differently, so that the player will always get the main aspect of the game. That means that most of the changes we usually do are cosmetic.

For example, for the MENA release of Assassin’s Creed Origins and Odyssey, we modified nudity of non-playable characters and blurred some slightly pornographic images of the brothels in the ancient Egyptian and Greek worlds of the games. This does not really affect your understanding that you are currently in a brothel. These are things where the regulation boards tend to be strict, and in the end, we want to ensure that our games do officially get into the hands of the players in the region.

Which accent do you use for the text and audio?

Malek Teffaha: Ever since our localization started, we localized our texts and audio in modern standard Arabic, which is kind of a lesser form of the classical Arabic and less stingy on the diacritization and the glyphs. Classical Arabic is the language that is taught in school in all of the Arabic countries, it is used in the Quran and because MSA (Modern Standard Arabic) is very close to it, we can guarantee that our players from Morocco up to Iraq, Oman and Saudi Arabia can appreciate the localization efforts. However, this does not mean that we are not also looking into localizing upcoming and future titles in different accents. Mainly because modern standard Arabic carries some kind of an intonation of historical figures. We are looking at ways were our non-historical based franchises might feature more modern accents.

This type of effort is being led by our friends at Sony, which is one of the few companies to have released dubbed games in an accent completely different to what gamers are used to. Their game Detroit: Become Human was the first release to feature dubbing in the Egyptian accent.

Another non-Ubisoft title that was dubbed in non-modern standard Arabic dubbing was “Just Cause 3” which was released by Square Enix. It features the Lebanese accent in the dubbing which worked perfectly and added comedy and humor to the game. I know because my friends and I used to meet and play the game in Lebanese and laughed a lot. I also saw a really positive reaction after the launch from the Saudi Arabian and Gulf community who said that although some of the terminology was a bit weird for certain people in the Gulf and people in North Africa,they got the gist of it and it fit the comic nature of the game.

We recently had announced that The Division 2 will be launching with full localization, and had commented that the dubbing would be coming in Syrian, which was a first for video games. However, and if I am very frank, fans of the series, and gamers across the board expressed their displeasure of the change in dialects, and thankfully we were able to discuss things with the recording studio, and the developers, and revert back to MSA dubbing. We want to avoid having such a rift in the community.

So we are carefully studying and reassessing the possibility of working with accents, because we want to respect our Arabic community and we really don’t want to annoy anyone. We aim at always featuring menus and subtitles in modern standard Arabic so that everyone is able to understand. 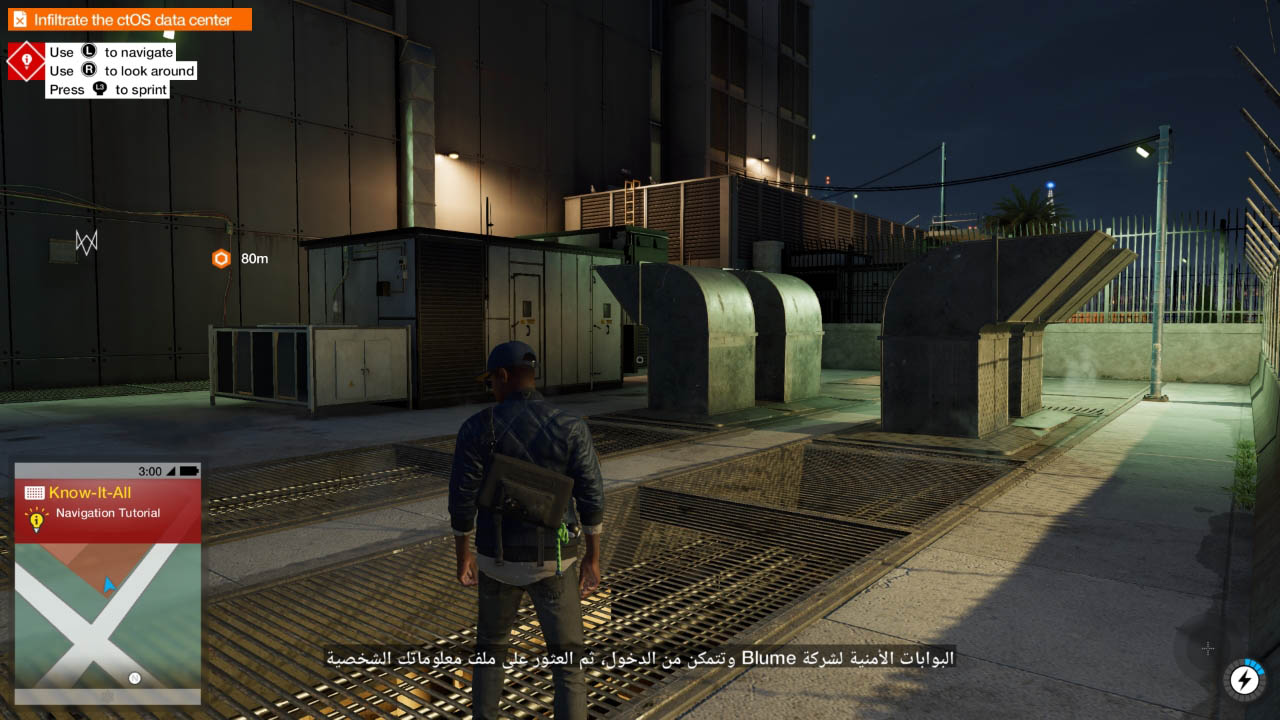 Does the Assassin’s Creed brand have a special standing/meaning in the Arabic region, due to the history of assassins?

Malek Teffaha: Historical games in general tend to do very well in the region: Prince of Persia has a special place in everyone’s heart. Of course you can say that for Assassin’s Creed as well (I started off as an Assassin’s Creed fan long before I worked at Ubisoft), being one of the first games ever to feature Jerusalem, Damascus and Acre as playable and explorable areas, and also having an Islamic protagonist in Altair Ibn-La’Ahad. Furthermore, the first game also features actual Arabic dialogues and NPCs, which expanded in Assassin’s Creed Revelations, taking place in Constantinople. You were able to see mosques there and hear the different timing of prayers, and hear the Arabic dialogues in the background. This expanded even further now with Assassin’s Creed Origins which was one of the first games that ever was developed for the time period of ancient Egypt. It is a historical time period of which a lot of Arabs even non-Egyptians are proud to claim that, “Yes, Pharaos inherently became Arabs in the future.”

So the Assassin’s Creed brand does carry a very special meaning in a lot of Arab gamer’s hearts. Not alone because of the fact that the word “Assassin” stems from the Arabic word “Hashâshīn” which are the historical founders of the Assassin movement. Of course in the end the game is primarily founded in fiction but it builds on historical events. Can you give us a quick recap of the AAA games you localize into Arabic?

Malek Teffaha: In general I am very proud how Ubisoft is now in a position where every AAA game excepting South Park and Mario Rabbids has been localized in Arabic. The past two years have marked the first years ever where a company’s AAA lineup has featured some form of Arab localization from Watch Dogs 2, The Division to For Honor, Ghost Recon: Wildlands, Far Cry 5, Assassin’s Creed Origins and Odyssey and The Crew 2 have all featured Arabic localization. Actually, Rainbow Six Siege will mark the very first time that Arabic localization is to be added to a game post-launch from Ubisoft, especially 3 years after launch.

In total, Ubisoft has localized 14 games into Arabic, from subtitles to full localization, across 8 series.

It should also be mentioned that Ubisoft is one of the few publishers that exists on every social media platform in Arabic as well. We have been one of the few companies that have localized every trailer for almost every single game (localized or not) in the past three years since April 2015. Be it in subtitles, end card information, release information or even dubbing.

I am also very proud to say that we are the only publisher that has released every single trailer with Arabic support right after E3. We have constantly expanded our efforts across Arabic websites, launching The Crew 2 and Rainbow Six Siege websites in Arabic, as we had done previously with Far Cry, Assassin’s Creed, or For Honor. We have many more exciting ventures to announce hopefully very soon that will keep us at the forefront of localization in Arabic.

Dear Malek, thank you for your time and effort in providing us such enlightening insights into your work and the localization for the MENA region.

Malek Teffaha is Head of Localization and Communication at Ubisoft Middle East. Thanks to his work, more and more AAA games are localized and published in the MENA region (Middle East and North Africa). Besides his work, Malek is known to continuously attend game industry events and panel discussions about localization and culturalization for video games.