Games Localization for Arabic Cultures | Interview with Malek Teffaha, Head of Localization and Communication at Ubisoft Middle East – Part I

According to Newzoo, around 600 million gamers live in the MENA (Middle East and North Africa) region — approximately 60% of the online population. MENA seems to be the market with the world’s highest annual growth rate for video games with a tremendous 25%. Global games publishers like Ubisoft are taking this as an incentive to extend their localization and culturalization efforts in this area.

In this two-part interview series, we will be talking to Malek Teffaha, Head of Localization and Communication at Ubisoft Middle East. Malek is going to give us deep insights into the special conditions for localization in the different countries of the area, the cultural impact and the bureaucratic systems that need to be handled to ensure a smooth game release. 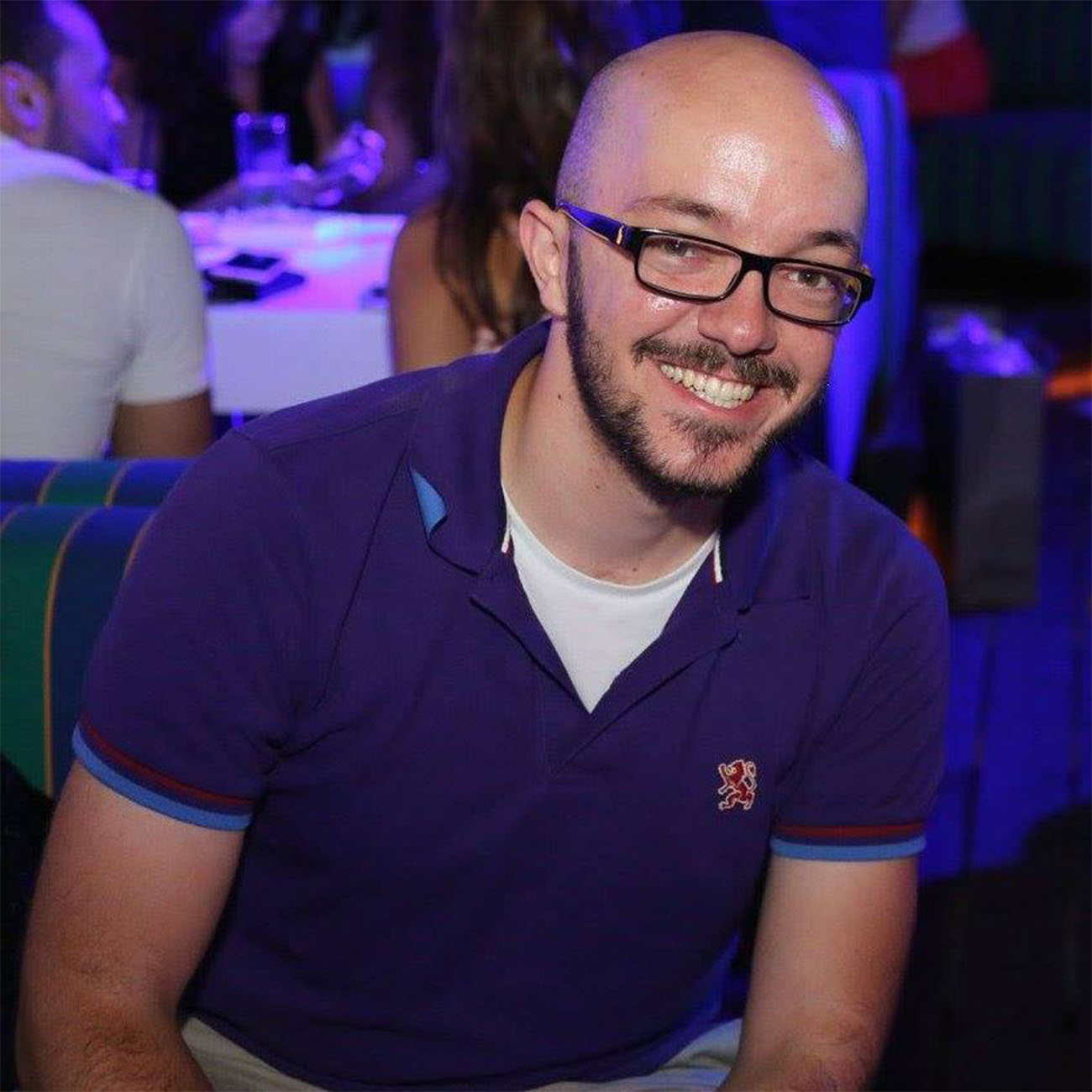 Dear Malek, thank you for your time and effort to give us insights into the localization process in the Middle East. Would you mind telling us more about yourself?

Malek Teffaha: I am the Head of Localization and Communication at Ubisoft Middle East. Born in Jordan, I grew up in Lebanon for the most of my life. Currently, I live in Dubai, where I work in the local business office of Ubisoft, the French video game publisher and developer.

I have been a gamer for my entire life, so it has always been a passion of mine to join and work in the video games industry. Every day I wake up, I feel super gracious and thankful for working in this field. I would never have believed that a Lebanese, Arab boy would really get an opportunity to work in an international company as big and as influential as Ubisoft.

Oh…besides video games, I also enjoy skiing, swimming and hanging out with my friends.

Tell us more about your time and work at Ubisoft.

Malek Teffaha: I have been in the company for the last four years. I started off as a community manager in Ubisoft Abu Dhabi which is a mobile development studio where I started handling the Arab community. The people there are creating amazing games but when I started, it was also planned to manage the retail business for the whole region.

Ubisoft Middle East handles the retail business across 18 different Arab countries plus Iran and Pakistan. We function as a part of the bigger UK unit, which is handling the emerging markets. Almost two and a half years ago, I was promoted to PR and Digital Media Manager. I started to be more involved with press and communication related topics. In addition to that I established a firm grip on partnerships with content creators on YouTube, Instagram and Twitter.

More and more we started to become involved when it came to localization of our video games and the censorship process.

This year, I was officially promoted to Head of Localization and Communication due to my caretaking of the region and localization for such a while. We now have a dedicated localization manager, Mohammed Alemam, which is amazing because our team is so small, yet matches the work of other bigger business offices within Ubisoft. In general, the company has always been particularly keen about the Middle East. They started off with Arabic localization with Assassin’s Creed Black Flag, which was even before I joined in. Furthermore, Ubisoft has always been interested in expanding and breaking barriers between potential gamers and the games themselves, so that as many people as possible can play the game. Although the English language seems to be very prolific in the Middle East, it is not in the Gulf region or other Arab states. Arabic is primarily the main language spoken in key territories like Saudi Arabia, Kuwait, Bahrain and Qatar. Meanwhile, the UAE is very expat-based and with the local population mainly speaking Arabic, the expat population is mostly speaking English.

Can you explain what you do in terms of culturalization?

Malek Teffaha: Culturalization is a mix of localization and translation in terms of text and content to make sure the game matches the release guidelines. The translation is relatively easy. We pick a vendor based on tasks and qualifications that follows the game-specific guidelines and then start the translation process. We weren’t as heavily involved as we are now where the localization manager we currently have can ensure their coherence, better quality, and make sure that certain gaming specific terms are not translated quite literally.

The word “Assassin” for instance, was transliterated into Arabic, because translating it gives it a much heavier and negative impact in the game’s lore, where Assassins are the heroes and the good guys. On the other hand, we have the localization in terms of content which people nowadays call “censorship”. I really want to avoid that term, because in Ubisoft we try to adapt the content in such a way that we don’t really remove any content from the game but simply modify it cosmetically or change just a few aspects. This way, the key message the development team wants to deliver behind the scene or gameplay remains.

But in the MENA market, and mainly referring to the Gulf Market, we cannot release games with any explicit nudity or sexual behavior, and we also need to be very careful when it comes to respecting other religions in our games, due to their cultural background. These key territories in the Gulf region tend to have more strict regulations and guidelines when it comes to game releases. They are therefore modified in such a sense that it does not hinder the vision of the developer nor the enjoyment of the players themselves.

Are you creating different game versions for the MENA regions?

Malek Teffaha: In fact we do, but we try to limit game modifications to cosmetic changes. There have been points where some modifications would have drastically changed the game, but we prefer not to release censored versions of the game, because it would miss some key aspects, or the gameplay itself would be drastically different.

That was the case for Watch Dogs 2, for example, which was not released in key territories of the Gulf, since the game takes place in San Francisco and it wouldn’t be possible to really showcase a realistic, modern look of San Francisco without showing what the city so proudly presents.

In other games, like Assassin’s Creed Origins and Assassin’s Creed Odyssey, we did release a modified version of the game in the Middle East. The gameplay wasn’t affected in any way, but key aspects were changed when it came to nudity: a nude NPC had been dressed up with a sort of Bikini top, in order to respect the local culture and ethics. We only covered the sensitive parts with drawn seashells or vine leaves as some kind of nod to censorships that you also see in artistic paintings and statues.

In general, I am very proud to say that ever since Watch Dogs 2 we never had a single unapproved title in the Middle East. Of course there are some key territories in the Gulf that are still a bit fuzzy about certain titles. For instance, Origins was never approved in Kuwait but it was approved in Saudi Arabia and the UAE which is a massive win for us, whereas Odyssey marks the first time since Syndicate where an Assassin’s Creed title was approved across all of MENA with no delays! For titles like “South Park”, we never thought releasing it officially in the Middle East because the franchise does carry much heavier taboo content than would be acceptable in the region. So except South Park, every single Ubisoft title released since Watch Dogs 2 has been officially approved.

Can you give us advice on the process of choosing the age rating? Specifically in the MENA region?

Malek Teffaha: The various countries we operate in have specific age rating regulation boards. One important example that you might have heard of is GCAM, the General Commission for Audiovisual Media. They are the main board in Saudi Arabia that checks all forms of entertainment content and our main contact when it comes to games. The GCAM has released their own guidelines and age rating system in August 2016. Because Saudi Arabia is such a big chunk of the market, we are actively working on making the games GCAM-compliant. Moreover, all of our officially released titles in Saudi Arabia now exclusively carry the GCAM logo.

Before the GCAM released their own guidelines, we were always worried when we submitted our games because we would never know if they would be approved or not. Now, thanks to working with the GCAM, we are able place most of our games in most of the territories. Still, not every specific territory has the same regulations, so my suggestion would be to create one unified system, similar to PEGI in Europe, mainly because it’s very problematic for us to have very different versions of each game for mainly one market.

This was the first part of the interview. Next week, Malek will tell us more about visualization adaption for the MENA market as well as about his experiences in using specific accents for text and audio and the special standing of the Assassin’s Creed franchise in modern Arabic society.

The Interview was conducted by Moritz Demmig. You can find the second part here.

We use cookies to ensure that we give you the best experience on our website. If you continue to use this site we will assume that you are happy with it.
Accept cookiesDeny cookies